The resilience of amphibians to wildfire is habitat dependent

Climate and socioeconomic factors are modifying fire regimes. In this scenario, some taxa such as amphibians may be increasingly vulnerable. However, knowledge concerning how amphibian species respond to wildfires is limited and information is puzzling, with studies reporting positive, negative or neutral responses. We examined amphibian species occurrence after a 1600-ha fire in a fire-active region located in the north-western Iberian Peninsula. This area is a biogeographical crossroad where Atlantic and Mediterranean amphibian species can coexist in the same ponds. We sampled 33 water points in native (mainly oak) and non-native (eucalyptus) forests. Water points were sampled in two different periods: just after the fire to report direct mortality (resistance to fire), and two years after the fire to evidence resilience. We examined the influence of forest type and fire occurrence on the number of amphibian species detected per point (species richness). Species richness per point varied both depending on forest type (i.e. higher richness in the native forest) and fire occurrence (i.e. more species at burnt points). The occurrence of Atlantic species did not change with fire at native forest points but declined in exotic forest points affected by fire. Mediterranean species richness was higher at native than exotic points, as the number of species increased in native burnt forests, benefiting from the open spaces cleared by the fire. This study identified the negative effect of eucalyptus plantations on amphibians and showed that the response of this taxon to fire is shaped by species-specific bioregion affinity. 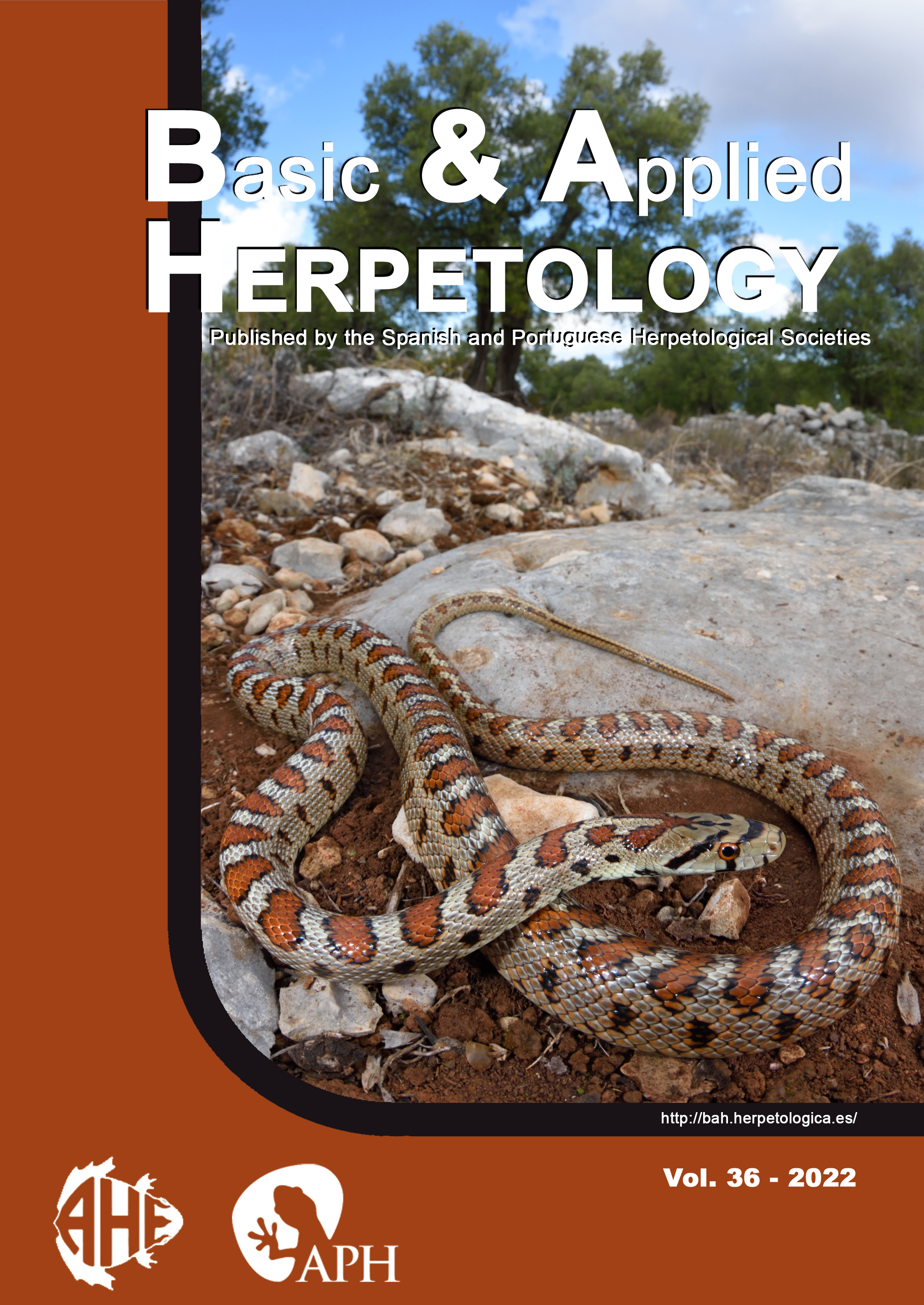