A test of reproductive advantage in two competitive mole salamanders (Caudata: Ambystomatidae) from a single site in South-Central Pennsylvania

Eleven female Jeﬀerson Salamanders (Ambystoma jeﬀersonianum) and ﬁve female Spotted Salamanders (A. maculatum) were collected during 28 February-17 March 2011 from the same vernal pool in south-central Pennsylvania for comparison of reproductive characteristics. Mean clutch size (169.5 eggs) and relative clutch mass (12.9%) of A. jeﬀersonianum was larger than those values of A. maculatum (130.8 eggs and 9.4%, respectively) despite an 8.9% smaller body size of the former. However, mean egg diameter was larger in A. maculatum. Greater fecundity, even if at the cost of egg size, could provide A. jeﬀersonianum with an added reproductive advantage in areas of syntopy with A. maculatum, where it is known to be a superior competitor and predator of A. maculatum at the larval stage. 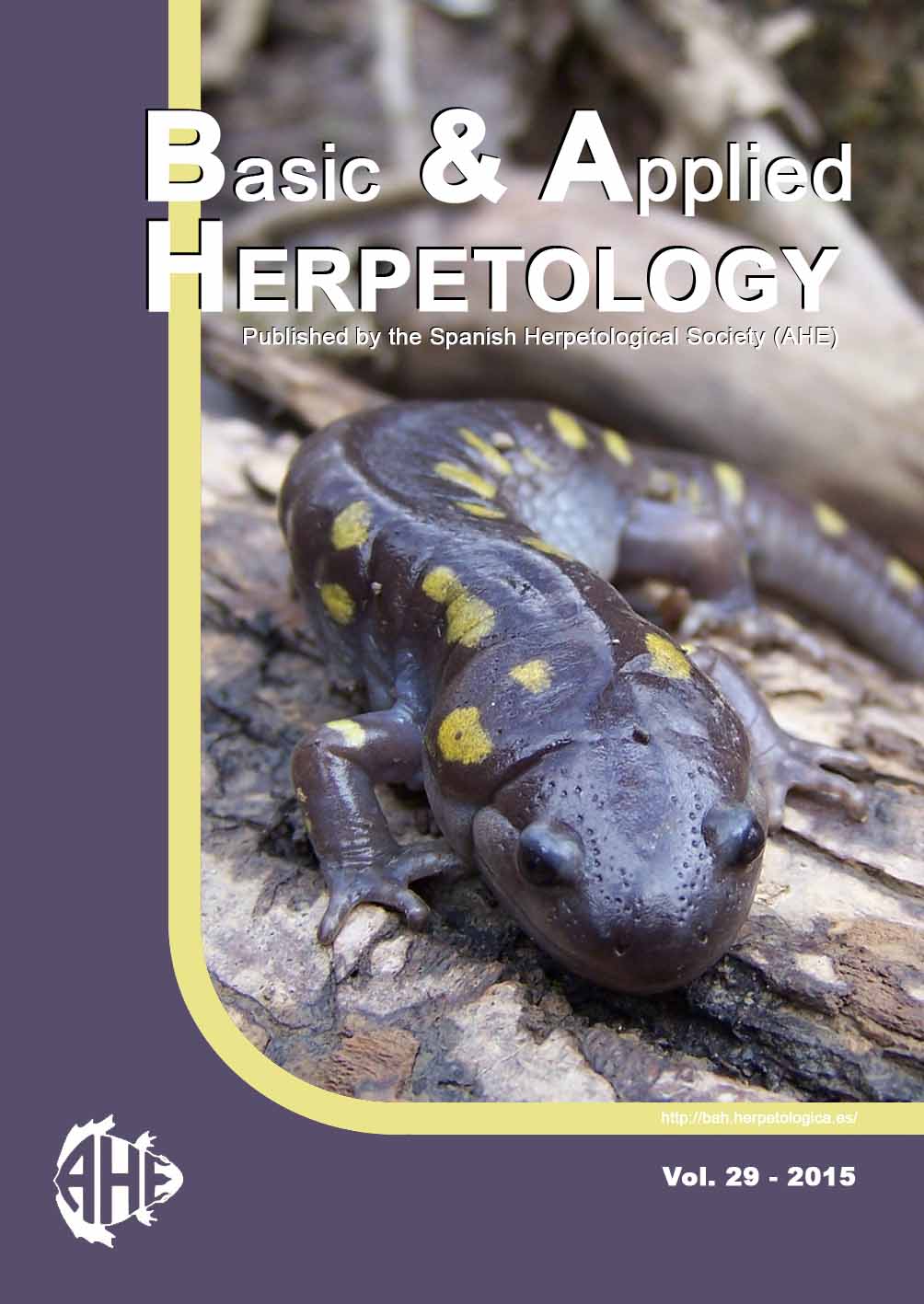