Population size, habitat use and movement patterns during the breeding season in a population of Perez’s frog (<em>Pelophylax perezi</em>) in central Spain

Information about demography and habitat use is key for the effective management of amphibian populations, because it is the basis for the long-term monitoring of endangered species and provides insights about the processes by which common species thrive in heavily transformed habitats. A capture-mark-recapture study was performed on a population of Perez’s frog (Pelophylax perezi) in central Spain. The study area includes three breeding sites at a maximum distance of 700 metres in a straight line. The aim of the study was to obtain information about demographic parameters, habitat use and movement patterns in this locality during the 2010 breeding season. In one of the breeding sites (Laguna de Valdemanco) we estimated a population of 173 frogs: 91 males (95% confidence interval: 51-130) and 82 females (95% CI: 21-144). In the second major breeding site, an adult population of 62 males (95% CI: 42-83) and 17 females (95% CI: 10-24) was estimated. Areas of activity of 21 frogs captured more than twice, based on calculation of the minimum area polygons defined by their different capture locations, ranged from 1.28 to 2763.75 m2 (median = 97.94 m2). All recorded movements took place in the vicinities of the site where the frogs were first captured (mean distance ± standard deviation = 49 ± 41 m, maximum distance = 168 m), with the exception of a male that moved between two breeding sites 273 metres apart. These preliminary results can be applied to management strategies for this and other co-distributed species. 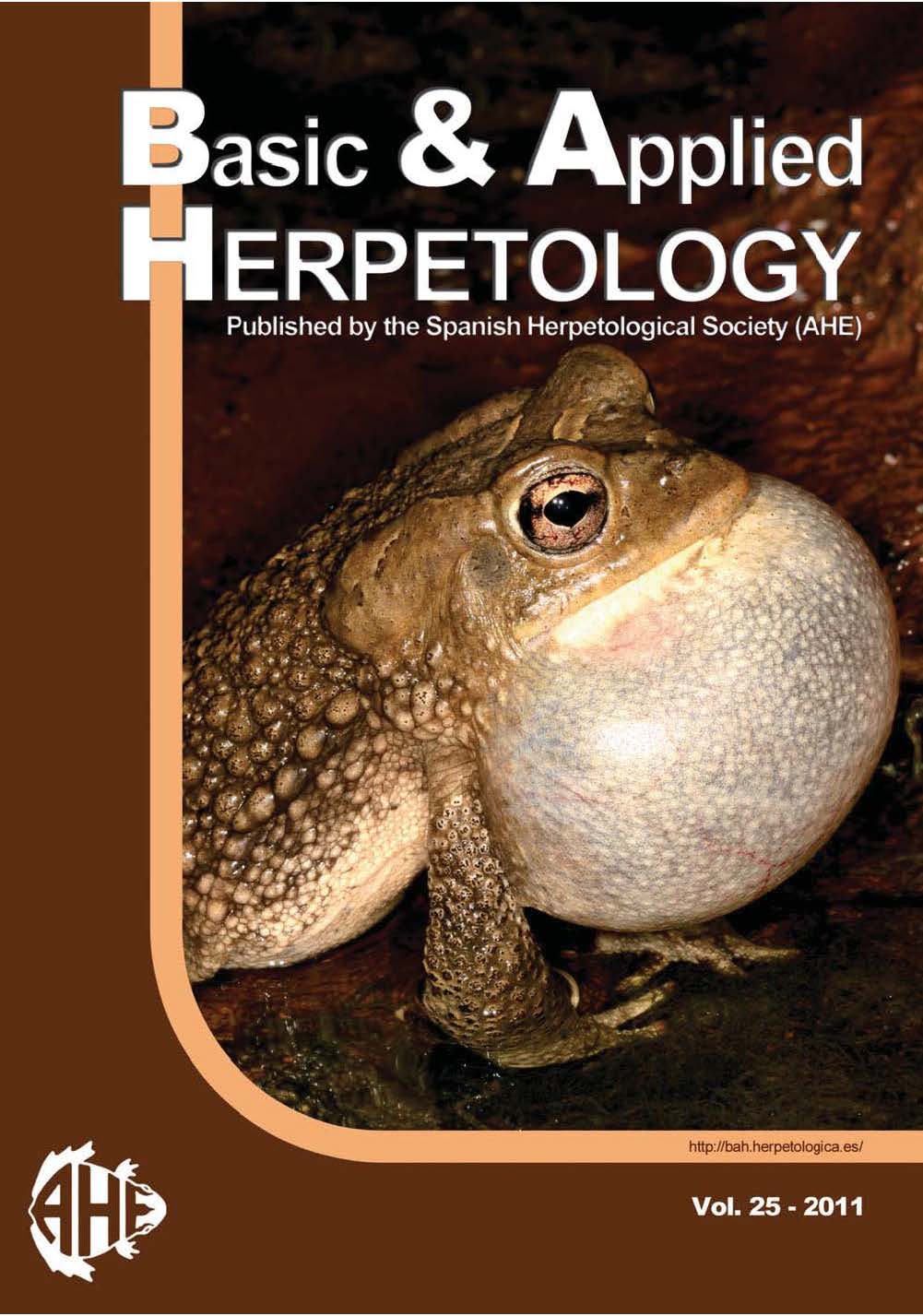